Another day, another Facebook leak. What are the odds? This time, it seems that personal information for just over half a billion users has leaked online. That’s more than the combined populations of the U.S., Australia, the UK, and Canada. 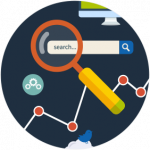 Facebook harvests a lot of your data for internal use, but it’s also no stranger to data breaches that expose your information to the public. Many of us know it doesn’t have a stellar privacy record, but the actual scale of all its leaks is astonishing.

Facebook then announced that it wouldn’t disclose which users had been affected by the leak.

They wouldn’t disclose which users were affected because they have no idea who they are.

To be fair, the information wasn’t obtained by hacking into Facebook servers, but rather through a process called scraping, which uses bots to extract data from websites. All data available in this leak was scraped from Facebook before September 2019. While affected profiles could currently be using updated personal data, cybercriminals could still use this information to impersonate other people.

Last year was not a good year for Facebook as hundreds of millions of user phone numbers were left exposed on a public server. The records included 133 million numbers on file of U.S.-based Facebook users, 18 million of those in the UK, and 50 million Vietnamese users.

Both the users’ unique Facebook ID and the phone number associated with the account were left on the server. Some also included the name, gender, and country. No one knows who owned the offending server or how the data had been scraped off of Facebook’s own records.

Facebook IDs, phone numbers, and names of over 267 million users, most of them in the U.S., were found on an unsecured database on the dark web. Security researcher Bob Diachenko, who discovered the breach, traced the database back to Vietnam and said that it could have been the work of automated bots programmed to scrape publicly available information from Facebook profiles.

It’s also possible that the data could have been stolen directly from Facebook’s developer API.

The offending records were available to anyone for up to two weeks before discovery. A hacker forum also posted a downloadable link to the data set.

In June 2013, Facebook disclosed that a technical glitch in its database had exposed the contact details of 6 million users, a problem that began in 2012. Facebook users who downloaded contact data of their friends were given additional information that shouldn’t have been made available.

Facebook said it fixed the bug on their website within 24 hours of its discovery and only announced it to the public after confirming that the bug was no longer operational.

A Facebook glitch caused 14 million users to have their new posts set to “public” rather than their preferred privacy setting.

This happened during the rollout of a new feature and was not addressed for four days. At the time, Facebook sent a notification to its users reminding them to check on the status of their privacy settings and revert back to their preferences.

In one of its largest data breaches yet, Facebook confirmed that up to 90 million users could have had their accounts breached due to a bug in its “View As” feature.

The attackers exploited a vulnerability that allowed them to steal Facebook access tokens. Such tokens are digital keys, which store user login information and prevent them from having to re-enter their password everytime they use the Facebook app. As a result, the hackers could have taken over anyone’s account.

Personal data of over 87 million people was leaked to political research firm Cambridge Analytica after it exploited a vulnerability in its API. The leaks were linked to an online personality quiz titled “thisisyourdigitallife,” which more than 270,000 Facebook users were paid to fill out. Cambridge Analytica pulled information related to friends lists from users who took the quiz and used it to build psychological profiles and analyze personality traits.

Security researcher Brian Krebs revealed in March 2019 that Facebook had stored the passwords of hundreds of millions of users in plaintext, making them accessible to employees. In some cases, the passwords dated back to 2012.

Krebs, quoting an unnamed source, said 2,000 engineers inside Facebook had potentially accessed the passwords. In total, there were 9 million internal queries to look up data elements that also contained plaintext user passwords.

In a statement, however, Facebook said these passwords were never visible to anyone outside the company and that they “found no evidence to date that anyone internally abused or improperly accessed them.”

Security researchers found a 146 GB data set uploaded by Mexican company Cultura Colectiva. The set included information pertaining to Facebook user activity, account names, and IDs, with over 540 million records. There was no way of knowing if anyone had accessed the database or misappropriated the information. The data set was removed shortly after Facebook became aware of the issue.

In April 2019, Facebook admitted that it had “unintentionally” siphoned the email address books of over 1.5 million users without asking for permission explicitly. The breach took place after Facebook asked new users to enter the password for their email account. It proceeded to upload all the email contacts onto its own servers.

The breach dated back to 2016, which meant it went on for almost three years before Facebook put a stop to it. It added that it had bolstered internal processes to prevent this from happening again.